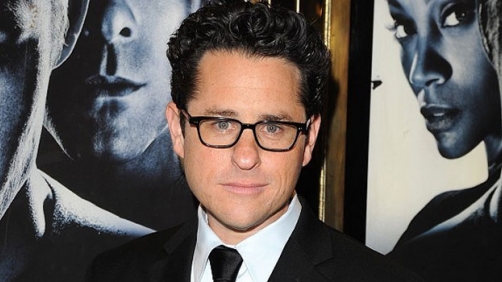 In a recent interview with MTV, Abrams talks frankly about withholding the Khan reveal (he went as far as complete and outright denial):

The truth is I think it probably would have been smarter just to say upfront ‘This is who it is.’ It was only trying to preserve the fun of it, and it might have given more time to acclimate and accept that’s what the thing was.

The truth is because it was so important to the studio that we not angle this thing for existing fans. If we said it was Khan, it would feel like you’ve really got to know what Star Trek is about to see this movie. That would have been limiting. I can understand their argument to try to keep that quiet, but I do wonder if it would have seemed a little bit less like an attempt at deception if we had just come out with it.

See, I have mixed feelings about stuff like this. I mean I do completely understand the desire to protect the important reveals in the story, to preserve the experience of the first time viewers. And despite being fairly sure 30 minutes or less into the film that Cumberbatch was playing Khan. There was something cool about not knowing for sure and that reveal that comes with it when his name is spoken.

On this other hand, this one did get pretty far out of hand and I think Abrams is right, if they had just let it go I think it would have ultimately been better received by fans who don’t know what’s good for them or what really makes a good Star Trek film.

And on the upcoming 3rd installment of the rebooted Star Trek franchise he had this to say about the possibility of Joe Cornish directing:

I don’t know if Joe Cornish is the guy. My guess is that’s up in the air. I adore him and love him and can’t wait to see what he does next. Hopefully it will be Star Trek. Whatever it is, he’s brilliant. Attack the Block was one of my favorite movies of the year when it came out.

Check out the full interview with MTV below.