Hemsworth Was Not Kissing Portman At End of ‘Thor 2’ 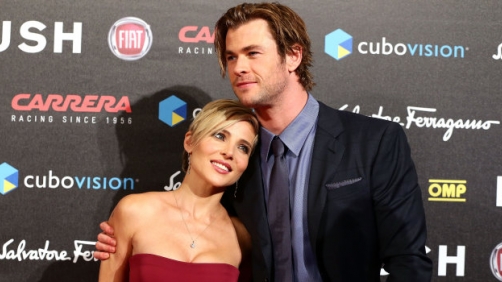 It turns out that the passionate kiss between Thor and Jane during the end credits of “Thor: The Dark World” wasn’t faked—because Chris Hemsworth, the actor behind the God of Thunder, was actually kissing his real-life wife, not his on-screen love interest played by Natalie Portman.

In an interview with the New York Daily News, Portman revealed that the scene was shot after primary filming had ended, and due to a scheduling conflict, the actress wasn’t able to make it back on set to reprise her role as Jane Foster. That’s when Hemsworth’s wife, actress Elsa Pataky, stepped in.

Even though I had no idea that this was the case, I feel somehow cheated now…

Kidding guys, kidding! I think it worked fine and it’s awesome that his wife was able to step in.