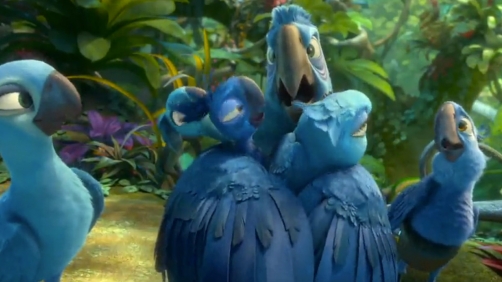 This looks mildly entertaining. I have not seen Rio, so I suppose I should probably rectify that. Rio was apparently based on the idea that Blu and Jewel were the only two blue macaws left in the world — or so they thought. So they must meet and mate or their species would die.

As it turns out, they weren’t the only ones left. There’s a whole flock of blue macaws out there, including Jewel’s data Eduardo. Hilarity, apparently, ensues.