Chim Chiminey - What to see this weekend! 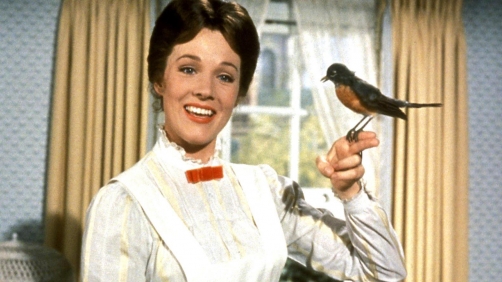 One of the films I’ve been looking forward to expands to a wide release this weekend. I don’t know if I’m going to have time to see it before Christmas but I’m going to try. But one thing I want to do is watch Mary Poppins again before I see it. It has been many years and it seems like it’d be worth my time to watch again.

I don’t really harbor the best of feelings toward Marry Poppins, but I suspect that’s because I watched about 50 bazillion times as a kid, and then the 50 bazillionth and one broke the camels back. I have not watched the film in many years and I’d like to revisit it.

Regardless, Marry Poppins is quite the well loved classic — Julie Andrews and Dick Van Dyke obviously helping by bringing their enormous charms to the film. And I have found the trailers for this film quite intriguing. While I would not have thought any such film could capture my interest a couple years ago — a film about making a film — this is the second film to do so in recent time. I’d really like to see this. With the Christmas schedule coming upon us, I don’t know when I’ll have time, but I hope to see it before the new year.

This looks absolutely dreadful to me. It is hard for me to imagine a film I am less interested in. It looks goofy, corny, cheesy, and downright unpleasant. But it takes all kinds of people to make the world go around, and if this is your thing then go for it.

See or not: Not (my opinion)

By all accounts this film is a smart and soulful look with a slight sci-fi twist at modern human relationships. The critics seem to have come together almost completely as one to praise and rave about this film. Based on that I am interested to see it, but I’ll have to wait since it is currently in very limited release right now.

A sensitive and soulful man earns a living by writing personal letters for other people. Left heartbroken after a long love affair ends, Theodore (Joaquin Phoenix) becomes fascinated with a new operating system which reportedly develops into an intuitive and unique entity in its own right. He starts the program and meets “Samantha” (Scarlett Johansson), whose bright voice reveals a sensitive, playful personality. Though friends initially, their feelings soon deepen into love.

See or not: See (expect, be careful for nudity apparently)

I have not been able to gain any interest in this film. So rather than offer silly witticisms that will have no grounding in reality, I’ll simply offer the synopsis.

INSIDE LLEWYN DAVIS follows a week in the life of a young folk singer as he navigates the Greenwich Village folk scene of 1961. Guitar in tow, huddled against the unforgiving New York winter, he is struggling to make it as a musician against seemingly insurmountable obstacles—some of them of his own making.

See or not: No opinion (yeah, I know my opinion is what you pay me for but I just don’t have one on this film)

If you were keeping up with MovieByte last year around this time, you might recall that while I did not exactly pan the film and call it worthless or trample it to a million pieces under the feet of my bunny rabbits drawing my weird woodland sled thing, I definitely had some criticism of that film. Indeed, I had criticism even of the whole idea of making a single book into a trilogy. I continue to maintain that this trilogy would have been fantastic as a single film, trimmed to be watchable, inclusive of the parts that are important, and certainly not added unto for no good reason.

I’m happy to say that this film faired better in my opinon. Though not better enough to raise my star rating from the first film, I really did enjoy it. 3.5 out of 5 stars is not a terrible rating in any event. Chad, Fizz, Clark, and I talked about this film on The MovieByte Podcast Episode 73 which I recommend you listen to. I also did a short ByteSized video about the film which you may also want to check out. And of course, I wrote a review that is also available as a resource of your ever curious minds!

Wow! This film is SO good! The books, while having a good story behind them, are very poorly written. The first film by director Gary Ross was decent, but also had it’s flaws which I attribute to some unfortunate decisions by Ross. This film does away with almost every complaint I might have made against the first film. It is extremely well done. The character development is paramount, the story is sound, the cinematography is great. In short, this film improves upon the first in every conceivable way and then some.