Stephen Colbert’s Brief Appearance in ‘The Desolation of Smaug’ 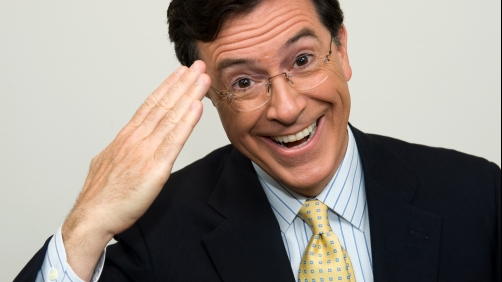 Stephen Colbert was called, “The Biggest Tolkien geek I’ve ever met” by Peter Jackson apparently (according to Colbert), and Colbert has indeed had a self professed life-long obsession with the good folks of Middle Earth. So naturally, Peter Jackson gave him a role in The Hobbit: The Desolation of Smaug.

What’s that? You didn’t see him in the film, you say? Ahh my young padawan… er… hobbit (wrong franchise), that’s because you were not looking closely enough. In fact, apparently Colbert’s whole family appears in the film, though we’ve only spotted Stephen himself for sure.

Don’t believe me? Check this out:

Still can’t see it, maybe this will help:

Just a little trivia for you.