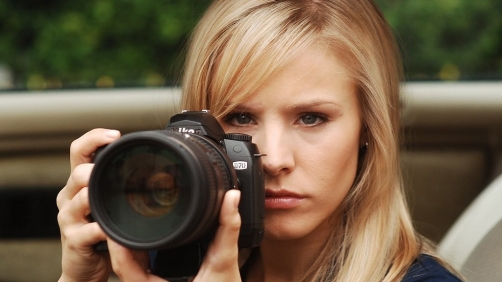 Remeber that big kickstarter campaign to fund a Veronica Mars film so that fans could get what they always wanted and stuff? Well, it’s starting to pay off now in the form of the film’s first trailer.

I never watched the show. I’m trying to find time to remedy that now, but I just never did. I think I heard about it a time or two though. And apparently it has more than enough fans that one wonders why it was canceled. At any rate, it appears to have a lot of elements that I love in a show or movie — not the least of which is a good amount of snark.