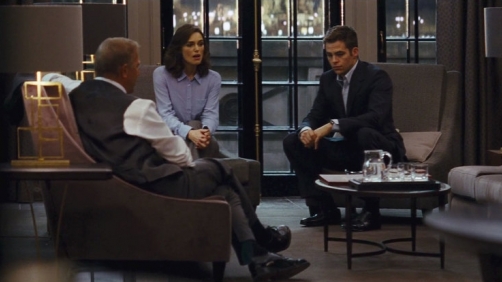 Still, I hope it’s worth something. One of my problems with the previous Jack Ryan films as a franchise is they were not cohesive. Only two of the four films featured the same actor as Jack Ryan. So I am hopeful that perhaps this is the beginning of a cohesive franchise.

With the film arriving later this week, Paramount is marketing the film as hard as they can as you would expect, which means we have a new film clip, expanded from portions we’ve seen in the various trailers, and two brief character profiles — just in time to whet our appetites before the January 17 release date later this week.