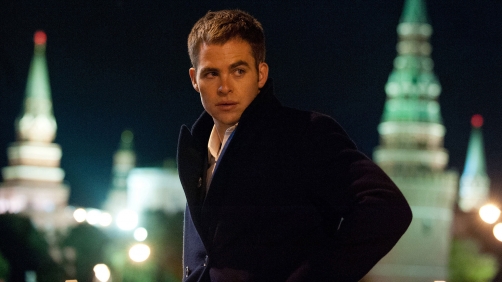 It won’t be too long now and we’ll be able to see if this film is any good for ourselves. But in the meantime, Paramount is making with the promotional items. This time we get a nice fat clip featuring a shaky camera, and a lot of hard to follow action. Frankly I hope the film in its totality is a whole lot better than this.

The bottom line in this clip is it appears Jack Ryan (Chris Pine) has been deceived about the type of job he was in for when someone tries to kill him. His boss (Kevin Costner) isn’t exactly rolling out the sympathy wagon either.

This Kenneth Branagh directed installment and reboot of Jack Ryan is scheduled to hit theaters on January 17th.