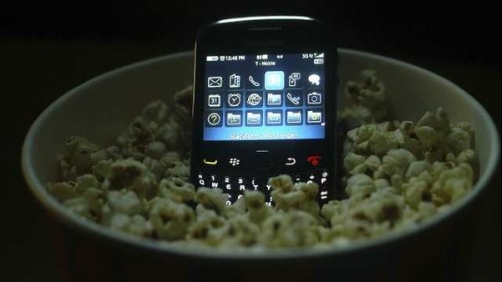 Sheriff’s Detective Allen Proctor wrote that Reeves spoke to Oulson during the movie previews, then got up from his seat and informed management.

When Reeves returned to his seat “additional words were exchanged” and Oulson threw a bag of popcorn at Reeves, the report said.

After officers read him his rights, Reeves told the detective that Oulson struck him in the face with an unknown object, and that’s when he removed a .380 caliber gun from his pants pocket. The report said Reeves fired the gun and struck Oulson once in the chest and that he “was in fear of being attacked.”

As unpopular of an opinion as it is, I’m all for defending one’s self, but this is ridiculous. He was afraid of a guy who threw a bag of popcorn at him? And I mean, really, rather than escalating, leave the theater and get a refund or something. Or just let the fifteen bucks go. It’s not worth taking someone’s life over. Holy cow!