Nintendo to Use Smart Devices for Marketing (not full games)? 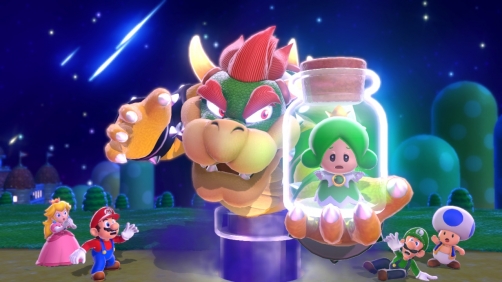 Following up on my peice yesterday of non-movie related news:

While that statement was interpreted by some as an indication of Nintendo’s plan to develop game titles for iOS and Android, it appears that the company instead intends to use smartphones to market its existing handheld and console hardware and game lineup.

According to a report from Japanese business newspaper Nikkei [Google Translation] (viaDr. Serkan Toto), Nintendo will introduce a free app that includes information on new games, including videos and character profiles along with some smartphone mini games.

But Nintendo will not simply put Mario, Pokemon or other games on smartphones. According to the report, Nintendo plans to use Android and/or iOS devices (not confirmed at this point) to market its console games.

To be more concrete, The Nikkei writes that Nintendo wants to use smartphones to expand its potential user base by spreading information about new game releases, i.e. by using video to introduce future titles. (This will probably happen through some kind of official Nintendo app.)

If this is indeed what Nintendo plans to do, I think it will be a dismal failure. Not only a failure, but I think it will actively tick people off. The sentiment in the market right now is that people want Nintendo titles on iOS and Android (whether right or wrong as I already discussed). To use those platforms as gimmicks and marketing only will, I believe, be seen as a slap in the face. I cannot think of a worse idea for Nintendo right now.

The problem is not that people are unaware of Nintendo, or it’s games and consoles. The problem is people are aware and don’t want it. I’m the only person I know who has and likes the Wii U. Everyone I talk to says something like, “Oh, I can’t believe you got one of those, those things are bad.” So based on that the problem is not awareness.

Can you imagine what would have happened if back in 1996 to 1998 or so, Apple had released a version of it’s OS for PCs that was crippled beyond recognition as a way to get people to buy Macs? This was when Apple was considered a failure. Do you think more people would have bought Macs?

When there is active dislike and hatred of you in the market place, it’s really a bad idea to do the thing that will be seen as the most tone deaf move possible. But I think the problem here is that they are indeed tone deaf.

If you have a different opinion, feel free to chime in.