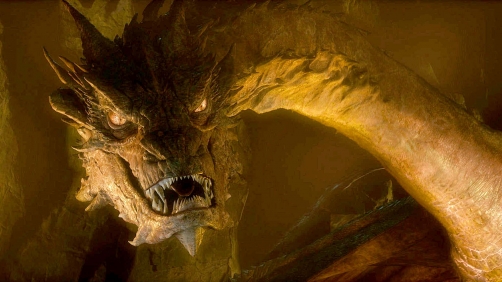 As with the first Hobbit film, I found the CGI in the second film to often be hit or miss. Some of it was best in class, and some of it was pretty terrible. This is a great disapointment in the wake of some of the best CGI work we’ve ever seen in the preceeding Lord of the Rings films.

But one element that was best in class was, indeed, the very dragon who’s name made it into the title of the film. Smaug’s execution as a CGI creation is nothing short of stunning. It really was, to me, as if they had found this creature in reality and filmed him so real was he on the screen. Therefore getting to see the motion capture of benedict cumberbatch, and the other elements that went into creating Smaug is a lot of fun.