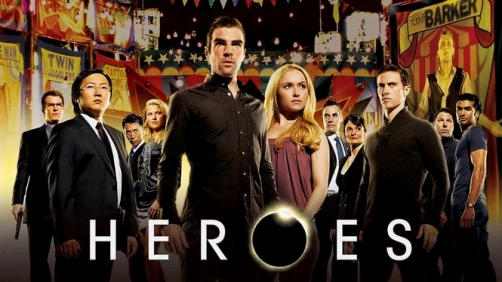 NBC is reviving Heroes, Tim Kring’s popular sci-fi TV drama about people with superhuman abilities, as a miniseries in 2015. The network revealed the comeback Saturday night, saying it has ordered 13 episodes “for a new standalone story arc” called Heroes Reborn.

Before the show debuts on TV in 2015, NBC plans to launch a digital series to introduce the plot and characters. No cast members have been announced, though some may end up being from the original series’ four seasons, which aired from 2006 to 2010.

The show faltered here and there throughout it’s original four season run, but for the most part it was just delightful television. Of course it’s obvious why this is going on. NBC wants a stake in the superhero world. Obviously in movies, Marvel is killing it. And then over at ABC you’ve got Agents of SHIELD, which I think is fantastic, and it’s doing well enough I think.

I’d be happy to see Heroes take off again, and I hope they can get a few of the cast members back for this. The world of Heroes is well suited to bringing in other heroes, but a few originals might be nice as well.

But this does highlight another possibility that I’m dying for: let’s do the same thing for Firefly now that we’re in the game of bringing beloved TV back!

Here’s the teaser trailer, which is really pitiful and tells us nothing, but is also sort of fun.