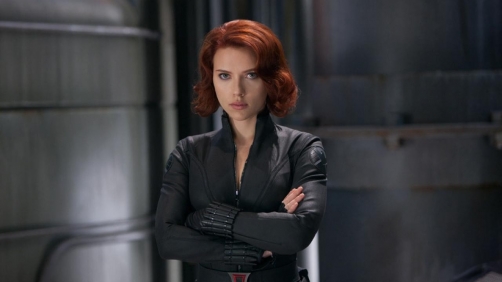 “We start filming the next Avengers film at the end of March,” said Feige in the latest issue of Total Film mag’. ”[Black] Widow’s part in that is very big. We learn more about her past and learn more about where she came from and how she became in that film. The notion of exploring that even further in her own film would be great, and we have some development work with that.”

“We wanted to change the dynamic of the cinematic universe with this film,” said Feige of Captain America: The Winter Soldier. “We wanted Cap and really the entire cinematic universe to be very different at the end of Winter Solider than it is at the beginning. Therefore when we meet the Avengers at the top of Age of Ultron, it’s a very different landscape than we left them at the end of the film film. Partially that’s because we love the rhythm that the comic books have developed - each of the characters appear in their runs, occasionally they get together for a big event or crossover series, they part again, and then they come back together again.”

This is good news. I really like Black Widow, and not just because Scarlett Johansson is playing the part. I like her because she’s playing a regular, non-super powered girl who’s got an interesting back story and is trying to fit in with the superheroes. That to me is interesting. And I’ll tell you this too, Joss Whedon knows how to do this sort of part. I mean, hello, Buffy the Vampire Slayer.