Nintendo Has a Plan For it’s Next Console 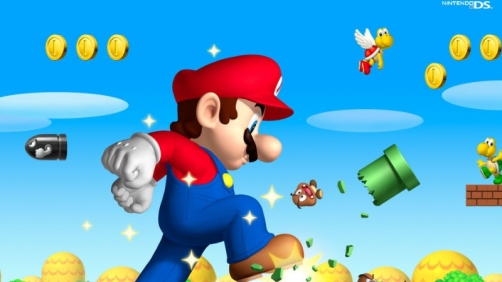 Continuing my off the movie topic Nintendo theme:

...contrary to many analysts’ opinions, the biggest problem isn’t that Nintendo lacks a strategy for smartphones and tablets so much as the Wii U has simply lacked the must-have games such as Super Smash Bros. and Mario Kart that would make it a must-buy. However, Ars Technica reports that Nintendo is planning to make an important change that could ensure that its next major console doesn’t face a dearth of good games during its launch period.

Nintendo President Satoru Iwata said recently that his company is working on a unified architecture for its next-generation consoles that will work across both its home console and portable console systems. This means that Nintendo could launch modified versions of many of its mobile games simultaneously on the next Wii console, similar to the way that Sony launches slightly different versions of the same game on both its primary PlayStation console and its PS Vita portable console.

Yay! There are titles on the Nintendo DS right now that I would really like to play but can’t because I don’t have one. My gaming budget is such that I can’t afford to have both. This seems like a really smart move to me. And I do agree that one of the reasons the Wii U is such a flop right now is lack of titles.

I also think that Nintendo needs to court third part developers a whole lot more than they currently are.