Neeson’s Non-Stop Career — What To See This Weekend 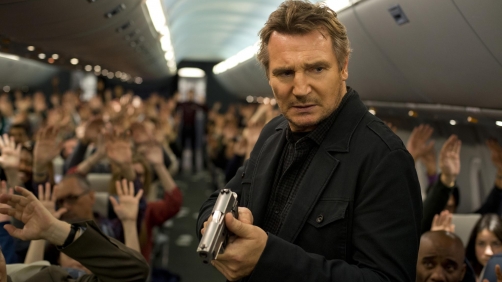 This weekend, someone is apparently stupid enough to try to hijack a plane the Liam Neeson is on. We’ve already established the dude is not to be messed with, and certainly don’t take his daughter. But apparently someone is at it again. I feel like Neeson’s movies are just one big franchise.

You can always count me in for a little Liam Neeson action. Taken was pretty good, and obviously his performance as Henri Ducard in Batman Begins was top notch. And He’s certainly everyone’s favorite Jedi (I hate you for killing him, George Lucas). And did I mention his voicing of the villain in The LEGO Movie? Yeah, Liam Neeson is basically a bundle of human awesome.

So all that said, something feels a little bit off about this film. I want to like it from the trailers I’ve seen, but I can’t help but feel that it looks somewhat generic. The critics are also not exactly jumping up and down with excitement for the film either. But as far as new films go, I think this is probably about the best choice this weekend. Chad and I are talking about this one this weekend. And since we missed the episode this week where we were supposed to talk about Monuments Men, we’re going to talk about both Non-Stop and Monuments Men on next week’s episode.

This major motion picture event—an experience created to be shared among families and communities across the U.S.—brings the story of Jesus’ life to audiences through compelling cinematic storytelling that is both powerful and inspirational. Told with the scope and scale of an action epic, the film features powerful performances, exotic locales, dazzling visual effects and a rich orchestral score from Oscar®-winner Hans Zimmer. Portuguese actor Diogo Morgado portrays the role of Jesus as the film spans from his humble birth through his teachings, crucifixion and ultimate resurrection.

Unfortunately, having seen this film this past weekend, I have to say this one is one to avoid. It’s quite a mess and the story never really gets off the ground. The script is a mess, the characters never establish any chemistry, it’s boring and sloggy, and the concept deserves far better. I gave it only 2 stars. Read my review for more details.