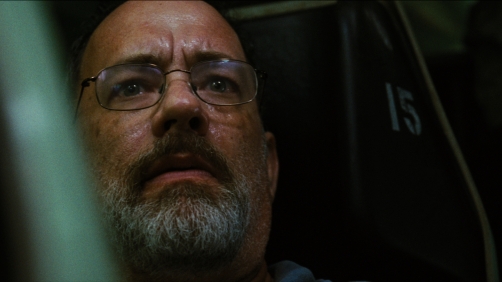 Well, the Hollywood Reporter story about the casting of Eisenberg (sort of misleadingly titled “Why Warner Bros.’ Superman-Batman Movie Cast a Young Lex Luthor”) doesn’t say who brought up Hanks’ name internally - was it a bunch of studio suits or was it Snyder’s team? If it was Snyder’s team we see a casting process that reveals a movie finding its way; casting Tom Hanks makes a very, very different movie than casting Jesse Eisenberg in the same role. But if it was Warner Bros we may be seeing a situation where the creatives are fighting against corporate ideas to make the movie they want.

If there is any truth to this, what in the world? Do they have any idea what direction this film is going to go, or are they just waving their hands around pointing out random people and saying, “Oh, oh, I think he would be GREAT!!! So great! Let’s get him!”?

...casting Hanks creates a profoundly different Luthor than casting Eisenberg. Hanks would be closer to a traditional captain of industry, and would carry the weight of his good-guy past with him. That sounds like it could have been a Luthor who was more beloved by the populace than the alien, destructive Superman. Nobody likes Mark Zuckerberg.

This movie is going to be just as bad as the first one. Bleh.