Who is Jesse Eisenberg Really Playing in ‘Batman Vs. Superman’? 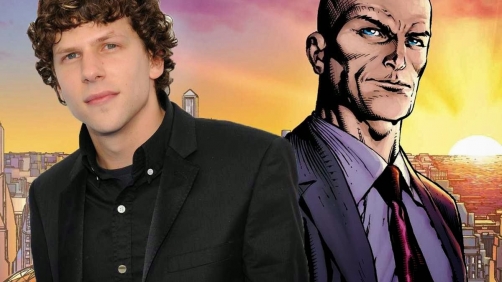 There’s not a trick answer to this. When Warner Bros. announced last week that Jesse Eisenberg had been hired to play Lex Luthor in the sequel to last year’s “Man Of Steel,” that is correct. He is playing Lex Luthor. But when they say that, it’s still not a definitive explanation of what you’re going to see when that film arrives in theaters on the now-scheduled date of May , 2016. Which Lex Luthor is he going to play? For comic book fans, there are many possible answers to that question, and for fans of the various live-action and animated interpretations, there are even more possibilities in the mix.

An interesting bit of thinking and reasoning going on here. I wish I liked Man of Steel enough to have a well formulated opinion on this subject. As it is, I can already feel the rage building in me about how bad this franchise has started off and how they’re probably going to continue the downard spiral…