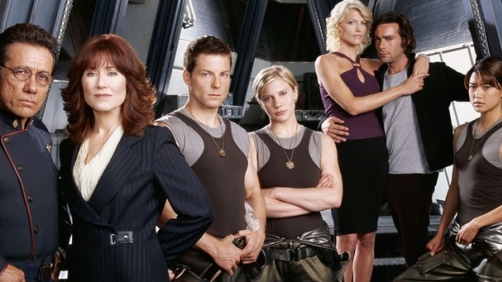 The Battlestar Galactica movie has been rumored for some time, but today it’s taken a big step forward.

Universal has signed Transcendence (starring Johnny Depp) screenwriter Jack Paglen to pen the project, according to Variety. The report says that the film is a “complete reimagining” of the story. Series creator Glen Larson will produce the film.

Oh man, here’s the thing: the Battlestar Galactica reboot in 2003 was really good. At times it was even great. At no time was I bored or disappointed while watching (save for once). My only wish is that we could strike the last episode from existence and have a do-over. I certainly did not want or need this inevitable reboot.

This gif really helps sum up my feelings: