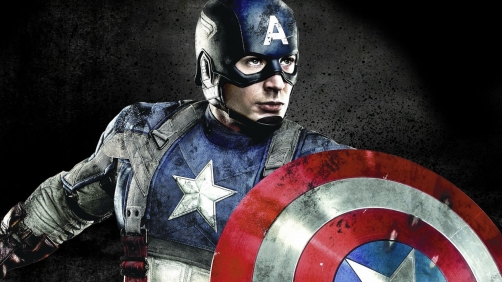 While speaking with Collider, Markus and McFeely revealed that they were invited to work on Cap 3 late last year. Obviously, the project is still in “early days,” but the writers said they’re now in the process of outlining the story.

McFeely also noted that they’ve read Joss Whedon’s script for Marvel’s The Avengers: Age of Ultron, which will mark Cap’s next appearance on the big screen. “I’m very pleased with the way Joss handled Cap in [Avengers] 2.”

As for the future of Bucky Barnes, aka The Winter Soldier, the writers said they’re still figuring out how big of a role he’ll play in Cap 3. “Three movies in, [Cap is] becoming a pretty well-adjusted guy,” Markus explained. “So it gets harder to find issues that he’s got to overcome. Winter Soldier’s all issues. He’s just a screwed up, walking-around crazy person. So it’s a matter of balancing those two out.”

Now that distresses me a little. I don’t think we’re anywhere near running out of interesting ways to use Captain America and I hope that’s not what they mean.