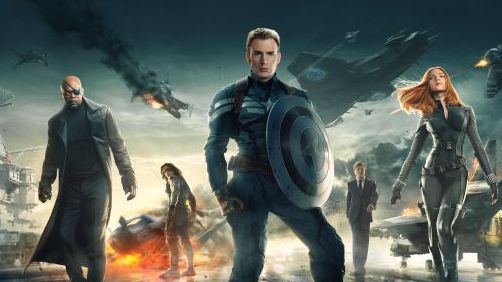 Captain America: The Winter Soldier’s musical score is just flat-out bad. I’m sure you could justify the thought process behind its design, but there’s nothing original about it, and most of the cues range from boring to — literally — physically uncomfortable.

The carry-over from the last movie, or even from The Avengers, was minimal. Cap’s theme was conspicuously absent, and one would think that Falcon, S.H.I.E.L.D., Black Widow, or SOMEBODY present in the movie deserved a recognizable motif or musical signature.

Admittedly, I noticed a vague attempt at giving the Winter Soldier himself a recognizable score cue, but it falls flat. I mean, the noise certainly gets associated with him in the same way that a fart would if that was what was played over each of his appearances, but it doesn’t really DO anything.

I couldn’t agree more. The biggest disappointment to me in Captain America: The Winter Soldier was the soundtrack. To say it was lackluster was putting it mildly. This is one of the reasons I was so disappointed to hear that Alan Silvestri is not returning for The Avengers 2.