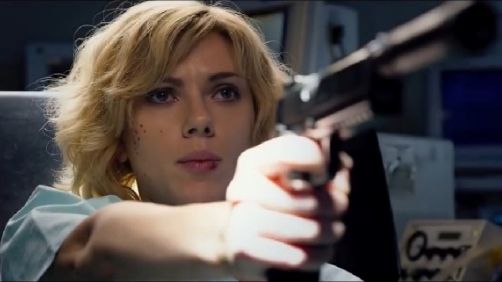 This looks quite intruiging. Joe pointed out to me on chat earlier that perhaps this was meant to make up for the lack of a Black Widow film, although there are rumblings for that happening at some point in the future.

Set in a futuristic world that is run by the mob, street gangs, drug addicts and corrupted cops, Lucy (Scarlett Johansson), a woman living in Taipei, Taiwan, 2069 AD, works as a drug mule for the mob. The drug she inadvertently takes goes into her system, changing her into a metahuman. She can absorb knowledge instantaneously, is able to move objects with her mind and can’t feel pain and other discomforts.