Re-run — What To See This Weekend 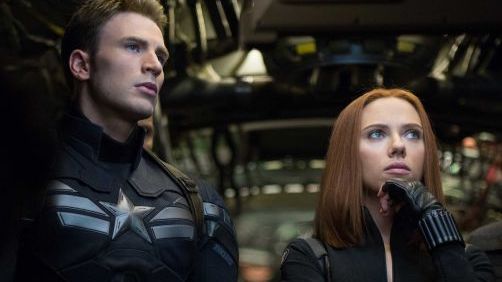 Can you believe there’s not a single new film I feel like is worth mentioning this week? I guess I chose a good week to take off of podcasting (and don’t worry, we’ll be back next week with some special guests to talk about Noah).

I was looking forward to Captain America: The Winter Soldier quite a lot. And I am pleased to report that though entirely different in story and tone from the first Captain America film, it is mostly, pretty much what I wanted from a Captain America film, and the Marvel Cinematic Universe in general. Though not without its little issues, it’s a solid 4 star film in my book. It’s smart and politically savvy — in fact I would say that the themes of The Winter Soldier in today’s political climate are downright genius — it had a lot of good character development, and thought the plot featured a somewhat familiar element, it did not at all feel recycled, or eve all that predictable. I wrote a review, Chad, Fizz, and I talked about the film on the podcast, and I obviously highly recommend this one.

I thought this looked like a really good sci-fi thriller — not that the premise hasn’t been done before, but I was really looking forward to it with some enthusiasm. That enthusiasm has been somewhat tempered by the critics initial impressions of the film. I was hoping they would have something more positive to say. I’m still going to see it and hope that I like it, but it’s a bit suspect now. Not that I always agree with the critics mind you. So we’ll see.

A brilliant innovator in the field of Artificial Intelligence becomes the bridge in the gap between man and machine in this sci-fi thriller starring Johnny Depp. His entire career, Dr. Will Caster (Depp) has been working toward one goal – to create a machine possessing the entire spectrum of human emotions, and the collective intelligence of every person who has ever lived. But while Dr. Caster’s unorthodox experiments have made him famous in scientific circles, a radical anti-tech group known as Rift is determined to stop him at all costs. In the midst of an attack on A.I. labs across the United States, one Rift agent manages to shoot Dr. Caster with a radioactive bullet, ensuring his death. Little did Rift realize that their efforts to destroy Dr. Caster would only make him stronger than they ever could have imagined, because before he dies, his wife Evelyn (Rebecca Hall) and best friend Max (Paul Bettany) successfully transfer Dr. Caster’s consciousness into a computer, where his hunger for knowledge and power transforms him into an unstoppable force of sentient energy inhabiting every computer and electrical system on the planet.

This was a terrible film on every conceivable level. I’m not saying just because I’m a Christian who has trouble with what they did to the Biblical narrative — though that certainly plays a part. I’m also saying it because I believe this is a genuinely bad film. Even if you just look at it as a fantasy film, it is terrible. Save your money or spend it on one of the better films. Please.