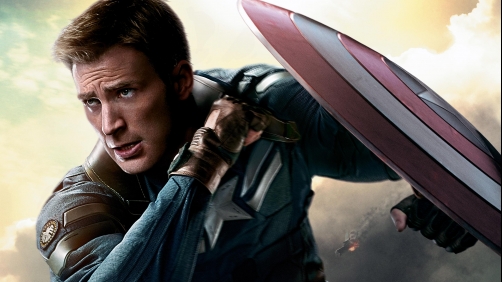 I’m pretty confident in saying that this is going to be a really good weekend at the cinema. Why? Because Captain America: The Winter Soldier is out this weekend. This is the first of two Marvel films this year and I’ve certainly been looking forward to this one with great anticipation.

I have a very soft spot in my heart for Captain America: The First Avengers. A lot of people complain that it only existed to set up The Avengers but I find that to be quite disingenous. Yes, the ending leaves you hanging slightly because, duh, it is certainly a lead in to The Avengers. But it is so much more than that. In fact I would say it is one of my favorite superhero films.

I am therefore looking forward to Captain America: The Winter Soldier quite a lot. Though I am a bit worried for it in some ways — but I’m mostly so excited for it that I don’t think about it too much. The reasons for my worry though are because it will of necessity be such a different film from the first film. The first film was set in the past during WWII, The Winter Soldier is set in the here and now — in a post-Avengers world. I’ve also heard that the Russos really like to shoot handheld and shaky cam. I really, really hate that style so that is probably the most worrying thing.

But, so many people, critics and the like, who have had early access have said that this is Marvvel’s best film. Regardless, I’ll be seeing this film tonight, count on it! And I’m expecting it to be great!