About the ‘Star Wars Expanded Universe’ 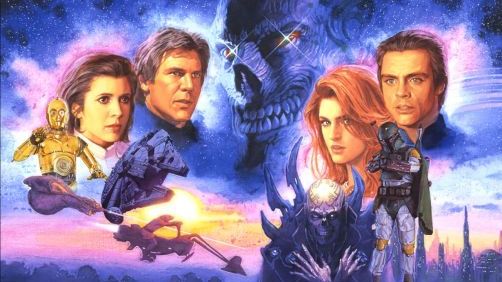 Now, with an exciting future filled with new cinematic installments of Star Wars, all aspects ofStar Wars storytelling moving forward will be connected. Under Lucasfilm President Kathleen Kennedy’s direction, the company for the first time ever has formed a story group to oversee and coordinate all Star Wars creative development.

“We have an unprecedented slate of new Star Wars entertainment on the horizon,” said Kennedy. “We’re set to bring Star Wars back to the big screen, and continue the adventure through games, books, comics, and new formats that are just emerging. This future of interconnected storytelling will allow fans to explore this galaxy in deeper ways than ever before.”

In order to give maximum creative freedom to the filmmakers and also preserve an element of surprise and discovery for the audience, Star Wars Episodes VII-IX will not tell the same story told in the post-Return of the Jedi Expanded Universe. While the universe that readers knew is changing, it is not being discarded. Creators of new Star Wars entertainment have full access to the rich content of the Expanded Universe. For example, elements of the EU are included in Star Wars Rebels. The Inquisitor, the Imperial Security Bureau, and Sienar Fleet Systems are story elements in the new animated series, and all these ideas find their origins in roleplaying game material published in the 1980s.

The official word on the matter. It’s too bad it could not always have been a part of a cohesive whole, but I think George Lucas demonstrated that he himself either was not interested in that, or he was and thought that’s what he was doing even though the logical inconsistency between the original films and the prequels created such gaping holes you could drive a semi-truck through them.

Nevertheless, there’s a lot to be excited for with what’s going on in the Star Wars universe.