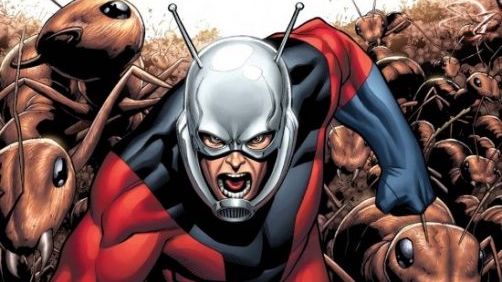 Edgar Wright and Marvel are in that awkward, post-break-up stage, when it’s a good idea to stay off of social media because you can’t trust what you might possibly say about the other party. Wright is a dedicated Tweeter, and savvy fans (as well as Marvel die-hards) have been paying close attention to his feed to see if he’d have an official statement regarding the split with Marvel Studios over Ant-Man. Well, it happened on Sunday night … but it very quickly disappeared.

The Buster Keaton image shared above is the pic that Edgar Wright Tweeted with the description “Selfie.”

Photoshopping a Cornetto ice cream bar into Buster Keaton’s hands, however, is a message to fans and followers in the wake of the Ant-Man decision, and multiple sites batted around ideas as to what it might mean. Many fell on Buster Keaton’s comments, dated in 1928, when he admitted “the worst mistake of my career” was letting film executive Joseph M. Schenck talk him into giving up his independent status and go to work for MGM, a booming studio at that time. Looking at the photo above, it’s not hard to connect the dots to Edgar Wright as Buster Keaton, and Marvel as MGM, luring the sad filmmaker away from his indie roots.

Whatever happened, it wasn’t good and I’ve got some mild bad feelings directed toward Marvel for this — which is unfortunate. Thus far, they’ve managed to keep away from projecting that almost unavoidable stupid controlling studio vibe. This is the first time that’s felt a little bit out of alignment.