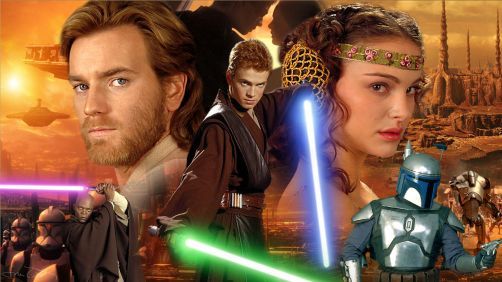 “Come on JJ, there’s no way you can do worse than this!”

“...a man forced to act opposite lifeless CGI characters like Hayden Christensen.”

This is hilarious. And, let’s face it, while Attack of the Clones was a way better film than The Phantom Menace, it still only makes it to like a 2.5 out of 5 stars on my own scale. And every one of the criticisms in this trailer hit way to close to home. Hayden Christensen really can’t act — or at least, he didn’t in the Star Wars series. Natalie Portman can act, but the dialog she was forced to say in these films was beyond bad. And it’s hard to act in a love story opposite creepy Jedi turning Sith.

Anyway, this is hilarious and a little sad that such great opportunity was so squandered on the prequels and now we have to life with their memory for the rest of our lives.