It Doesn’t Matter Who Directs ‘Star Trek’? I Beg To Differ 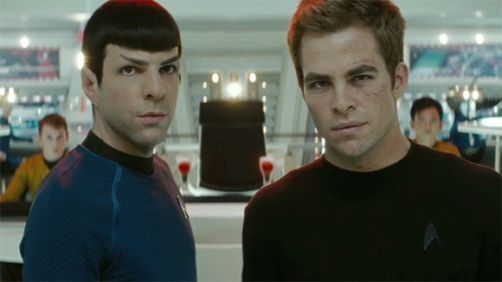 If there’s anything we’ve learned from the past two decades of blockbusting dominance, it’s that sequels are somehow not universally feared anymore. If there’s a second thing we’ve learned, it’s that studios are embracing franchising instead of stripping a popular movie for parts and hack-jobbing it into a 7-movie series composed mostly of direct-to-your-home schlock until it fails to turn a profit on diminishing returns.

And if there’s a third lesson, it’s that the insulation of studio filmmaking has largely made the director’s name irrelevant. Particularly when we’re talking about a third or fourth entry. Pirates of the Caribbean: On Stranger Tides is a great example (quick, who directed it?) where the look and feel of the franchise’s universe were back in play because internal memory wasn’t going to let Gore Verbinski’s replacement start from scratch.

I disagree completley. Let’s look at the Harry Potter series as an example. The first two were directed by Chris Columbus (fun fact, his production company’s name is 1492 Pictures). They felt very, very different from the films to come. The third installment, Harry Potter and the Prizoner of Azkaban was directed by Alfonzo Cuaron and it was so very different from the first two that it’s not even funny (and not always in a good way — in fact I would call it a toss up). Then along came Harry Potter and the Goblet of Fire directed by Mike Newell and it was absolutely awful. Finally, David Yates came in and saved the franchise for the duration. But he too brought a unique flavor. He was mostly good, but again, not always.

My point, is that it doesn’t matter how much studio insulation there is, the director will absolutely make a difference to the film in some capacity or another. To state otherwise is absurd.