The End of ‘Revolution’ 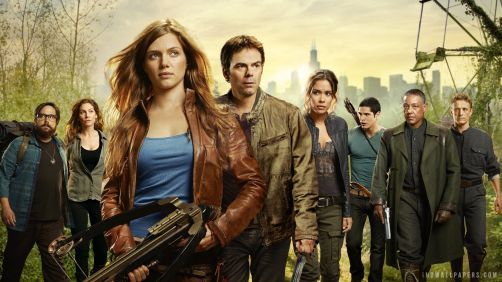 Revolution has come to an end. NBC has cancelled the series, from executive producers J.J. Abrams, Eric Kripke and Jon Favreau, and it will not be back for a third season.

The series had debuted to very strong ratings in its first season, but lost steam as it progressed. A move to Wednesdays this season, away from its great lead-in on Monday, The Voice, unfortunately proved the show hadn’t developed a very large fanbase of its own.

I have mixed feeling about the cancelation, but I am completely unsurprised by it. I loved it at least half the time. But lately its felt a little unfocused. Frankly season 2 just hasn’t been as consistently good as season 1 was. That’s just my opinion and many Revolution fans disagree with me. But regardless, even if people would have thought it was better, they never came back after initial disapointments.

I wanted the show to be good, but it just never got there consistently. I’m still looking for that show to replace Fringe. Now there was a show that was consistently good all the time. Well, almost all the time. I’m planning to revisit that show in its entirety some day. I do not currently really have plans to revisit Revolution.

P.S. Anybody up for a Kickstarter to bring Fringe back?