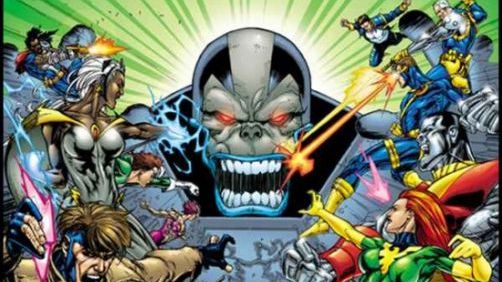 To recap, once the film’s credits end, the screen opens back up on a scene in ancient Egypt. We see a robed man atop a hill, apparently controlling the movement of giant blocks, which are building a pyramid. A great many people bow to him as they intone a rhythmic chant. The camera swings around the figure to reveal a smooth-faced young man with grey skin and blue lips.

So who’s that guy?

Worth clicking through and reading if you’re a fan interested in what’s to come as I am.