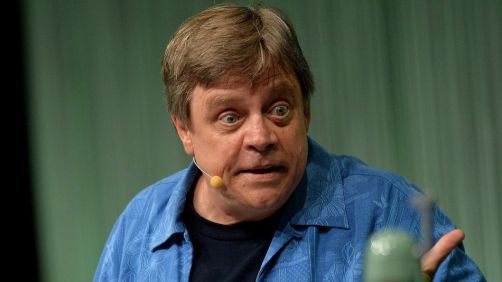 Well, this is it folks, this is the best thing you’ll see all day. Mark Hamill appeared at Star Wars Weekends 2014, which is an annual Star Wars celebration at Disney World. While there, he was asked to voice a converstaion between The Joker as Luke’s father, and Luke. You see, Hamill has become sort of known for his voice work of late and one of the roles he has voiced for has been The Joker in animated Batman (and he’s pretty good, I might add).

So, as you might imagine, this is pretty epic and I think I love Mark Hamill a lot more.