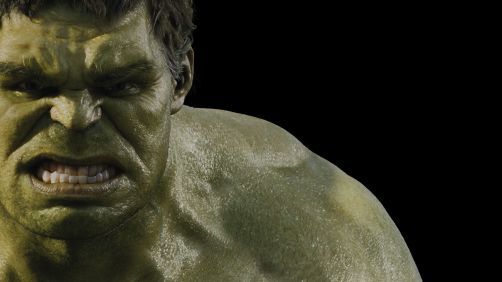 It would seem the tide is shifting on Marvel’s feelings about making a new, standalone Hulk movie. The character — one they’ve tried twice before to make into a viable standalone franchise — has perhaps never been more popular thanks to Mark Ruffalo’s portrayal of the green monster in “The Avengers.” And while that led to a flurry of fanboys begging for a new Hulk movie, as of last year Ruffalo revealed that Marvel had “no plans” to make that happen. And even Marvel’s guru Joss Whedon said it’s “the most difficult Marvel property.” But the character is a popular one, stopping by recently (and randomly) in a World Cup ad for Nike, so perhaps Marvel is changing their stance regarding Bruce Banner?

It would appear so. Chatting with Digital Spy, Ruffalo revealed that Marvel are toying with the notion at least of giving Hulk his own movie.  “I think they are, for the first time, entertaining the idea of it. When we did ‘The Avengers’ it was basically ‘No!’, and now there is some consideration for it,” he said. “But there’s still nothing definitive, not even a skeletal version of what it would be. I look forward to going down that road, if we could crack that nut.”

The first Hulk film with Eric Bana was just dead awful. I can’t think of a single thing I liked about that film. Of course that was before Marvel existed in its current state. Following Iron Man, Marvel made The Incredible Hulk, which I liked a lot. But it wasn’t considered that great, unfortunately. Now the consensus seems to be that it’s hard to do a Hulk film so maybe let’s not do it. The thing is, as much as I hated the cast change for Bruce Banner in The Avengers, I have to grudgingly admit that Mark Ruffalo plays a better Hulk. My irritation is only with the cast change, not with the casting or performance of the new Hulk.

So, all that said, I think Marvel as it exists now could make this work. And I think with the right script and director, it could be really good.