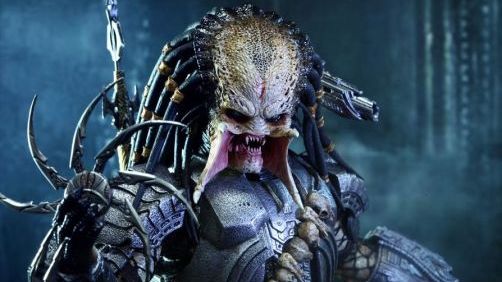 While the initial report said that Black’s new Predator film would be a reboot, Black tells us that he and Dekker see the project as definitely not a reboot, “As far as Fred and I are concerned anyway,” Black said, adding “Why start over, when you’ve all this rich mythology yet to mine?”  Black said he doesn’t like reboots generally, but can “really get behind inventive sequels”, noting that he likes “the idea of expanding and exploring the existing Predator mythology, rather than hitting the restart button.”

More often than not, a reboot is a lazy way of avoiding the hard work of coming up with a new idea, and instead choosing to use the blueprint of what came before.  What Black and Dekker have planned for Predator, however, sounds like something fresh yet in step with the spirit of the original films, and that’s worth getting excited about.

Though I know nothing about the Predator films, I agree with this sentiment in general. I’m sick and tired of reboots. Play on the playground that’s there, stop tearing it down and rebuilding it from the ground up — particularly if the new thing is not better.

I particularly feel this way about Star Trek. As much as I liked Star Trek Into Darkness, I feel this whole reboot thing is completely unnecessary at best, and quite irritating at worst. The trouble is so many of us were invested in the film and the canon. I still find it frustrating that we’ve started over.