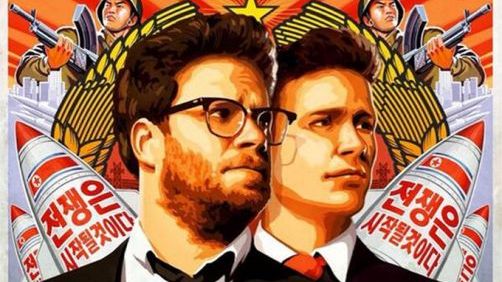 We’re in a weird moment with mainstream movies and presidential assassinations. “X-Men: Days Of Future Past” offered up its own scenario of the killing of President John F. Kennedy, and this fall, James Franco and Seth Rogenwill try and eliminate Kim Jong-Un in the comedy “The Interview.” Hilarious, right?  Well, not unless you’re the North Korean leader or part of his circle.

With the trailer now online, though probably not viewable by most people who actually live in North Korea, officials have come out hard against the movie. Speaking with The Telegraph, Kim Myong-chol, executive director of The Centre for North Korea-US Peace, didn’t mince words about this thoughts on the film. “There is a special irony in this storyline as it shows the desperation of the US government and American society,” he said. “A film about the assassination of a foreign leader mirrors what the US has done in Afghanistan, Iraq, Syria and Ukraine,” he added. “And let us not forget who killed [President John F.] Kennedy – Americans.”

Oh good grief, it’s a comedy — even if the comment about Afghanistan, Iraq, Syria, and Ukraine does hit a little close to home. To say this movie is terrorism is beyond stupid. It’s a comedy made by comedians.

I had not been interested in the trailer before, so it did get me to watch it. It looks really stupid.