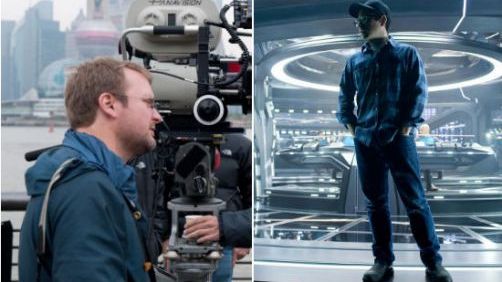 Long before Rian Johnson was directing Star Wars movies, the writer/director was a frequent guest on the /Filmcast. Johnson, who directed Brick, The Brothers Bloom, Looperand Breaking Bad, has appeared on the show numerous times to discuss a broad range of topics, and to make fun of host David Chen.

One of those topics, oddly enough, was a film that not only resembled Star Wars, it was by a Star Wars director. Back in May 2009, Johnson appeared on the /Filmcast to review J.J. Abrams’ Star Trek. To say a lot has changed since that happened would be an understatement, the most significant being Johnson will follow Abrams to a galaxy far, far, away.

This was long before I started listening to the /Filmcast, but this episode just went to the top of my list and I’ll be listening to it as soon as I can (unfortunately, I just got back from a week of vacation and am WAY behind on podcasts).

Joe reported the news while I was away that Rian Johnson is (rumored, but pretty much almost confirmed) to direct Star Wars VIII so it’s fun to hear him talk about a previous film of another future Star Wars director.