A Most Wanted Man — Review 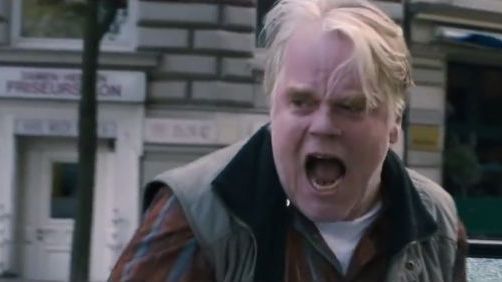 If you were looking for a modern spy thriller with lots of bangs and explosions, a lot of high paced action scenes and over the top explosions and bombs going off in all directions, I’m going to go out on a limb and say that this film is not the right one for you. There is only one scene in this film which might fall under the heading of action chase scene — and the chase part lasted exactly 5 seconds.

The thing is, this film is almost too slowly paced. Almost. Perhaps this is what actually elevates the film that much higher. There was a knife edge to ride, and this film rides it brilliantly at times.

The Life of Spies

I have to imagine that the life of a spy is a rather dull one in real life — punctuated by moments of sheer terror. That is almost exactly what this film depicts. Our primary character is that of Günther Bachmann. Philip Seymour Hoffman plays very well a smoking, drinking, overweight and quite unhealthy man who is focused on the task at hand. As is often the case with Hoffman’s roles, this one is a bit understated, but not overly so. Bachmann, we come to find out, has been somewhat disgraced in the German intelligence business and as a result he was sent on his current mission in Hamburg as somewhat of a downgrade. His assignment is to investigate an immigrant named Issa Karpov. The Germans believe him to be a militant jihadist.

There’s also Dr. Faisal Abdullah, a respected philanthropist, but it seems he may be funneling money to terrorists.

Martha Sullivan (Robin Wright) is the CIA watchdog in this matter trying to get information, play go-between, and generally make life hard for Bachmann to figure out.

And then there’s Annabel Richter (Rachel McAdams) who has a soft spot for Issa and wants to help him because she believes him innocent. Issa has a pretty massive inheritance left to him from his father — whom we know was a terrorist.

As I said at the outset, the film gets off to a bit of a slow start. It’s one of those slow burners that will eventually come back around and pay it all off, but you need to have a little patience for it to do so. You will be rewarded. One thing this film avoids very well is hand holding. You will often here us film critics talk about a director or a writer’s respect for their audience. Typically, the more we have our hands held through the movie, the less we’re going to like it. I think that goes for the general movie going audience as well, although they may not know exactly what was turning them off.

Well this film, if anything, perhaps errs on the side of to little hand holding. But that’s really the fun of it. I spent a good deal of time engaging my mind in trying to figure out 1). what the objectives of our spies where, 2). how what was going on was advantageous to them, 3). who was a terrorist and why, and 4). what were our character’s motivations. The film never feels to saddled or burdened with preaching to us. We get to draw our own conclusions and lessons from the story. This telegraphs confidence in the material and makes us feel better, almost unconsciously about the film.

With all due respect to the many talented actors in this film, such a feat of magnificent filmmaking would not have been possible without the great work of Philip Seymour Hoffman. I’ve said it before and I’ll say it here again, we lost a great and talented actor when he passed on whatever you can say about his personal life or his struggles.

This may not be his defining work or his finest performance, but there are times when you think it is. Hoffman has a way of doing this with his performances — of which I have admittedly seen shamefully feel. It’s an occupational hazard of having come to my love of films later in life. There are a lot of films for me to see and I haven’t gotten to them all yet.

This role is, I think, an example of just how much Hoffman owns the roles that he’s in. He smokes and drinks with an alarming passion. Then he wheezes his way through the film, obviously overweight with quite a bit too much paunch, and very obviously poor health. His understated performance throughout most of the film really brings that much more emotional meaning and depth to the last 15 minutes of the film as the tension builds and the hammer drops.

Of course I would also be doing the film a disservice if I didn’t mention Rachel McAdams part in helping the film to succeed. Her naive idealism is almost palpable and admirable, even if it can seem somewhat misguided. While her character is supposed to be a lawyer, it’s sort of questionable just how much of one she really is. We never really see her doing anything “lawyer-ish” really.

For all my lauding the film on it’s slow burn and it’s respect of the audience, I think that it may also be the film’s deepest flaw. It asks almost too much of the audience. It makes us wonder at times just exactly what’s going on. Even in hindsight, I’m not sure I could tell you exactly what’s going on with each plot point. And at times, it comes off as almost boring.

It also has a pretty depressing ending. And again, while I don’t have a problem in general with a film leading us in general directions but then letting us make up our mind — I do think the filmmaker’s opinion should be a bit plainer, then I can either agree or disagree with it.

And the antagonism going on within the German government and the relationship that Martha Sullivan has with the various characters often doesn’t make that much sense.

Ultimately, however, this is a pretty good send off for a pretty great actor. Philip Seymour Hoffman shines in the role, carrying the film through the thick and thin. The film comes in for a very poignant landing as it snaps sharply into focus from the long, slow build up, and that makes the film well worth seeing.