‘Enchanted 2’ On The Way 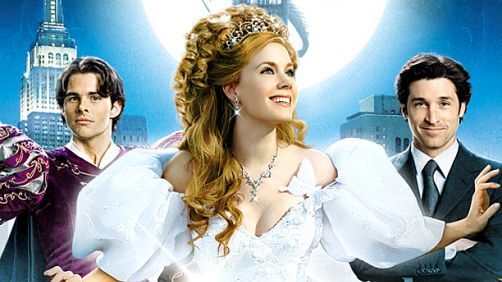 Seven years after Amy Adams brought fairy tales into modern New York City, Enchanted is—finally!—continuing after ever, ever after, according to Deadline.

J. David Stem and David N. Weiss (Shrek 2, The Smurfs) will write a sequel to Enchanted, with Anne Fletcher (The Proposal, The Guilt Trip) set to direct the follow-up to Disney’s worldwide hit, according to Deadline‘s report. There currently isn’t any word on whether any or all of the original stars—Amy Adams, James Marsden, Patrick Dempsey, Idina Menzel, and Susan Sarandon, among others—will return, or what exactly the plot details will be. (Reps for Adams and Disney didn’t immediately respond to EW‘s request for confirmation.)

I loved Enchanted and I’m completely on board with a second installment if they have a good story to tell. Also, Amy Adams coming back is a MUST. All other characters are at least somewhat negotiable.