Info On ‘Interstellar’ And Description of New Trailer From Comic Con 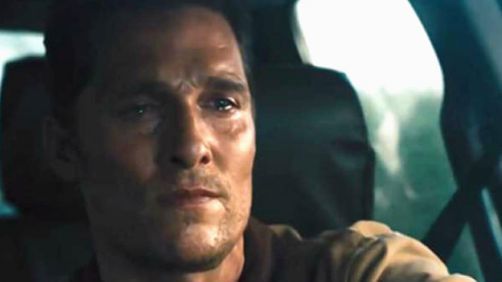 We’ve told you about the Comic Con debut of Matthew McConaughey and Christopher Nolan, who took the stage in Hall H today to discuss their upcoming film Interstellar. While seeing Nolan field a few questions was a treat, the two also brought along a new Interstellar trailer.

We don’t have that trailer to embed, as it won’t be shown to the general public for a while yet. But we’ll tell you a bit about what it contains, after the break.

Click through for the full description. This is Nolan we’re talking about so I expect it to be good, if a bit self serious. I have yet to be completely captured by this upcoming film, but I am interested of course. I think I just need a bit more information and I’m hoping that when they release this trailer to the public, that will be what I need to really get me interested in it.

If you’d like to read more from Christopher Nolan and Matthew McConaughey, click through to this article as well.