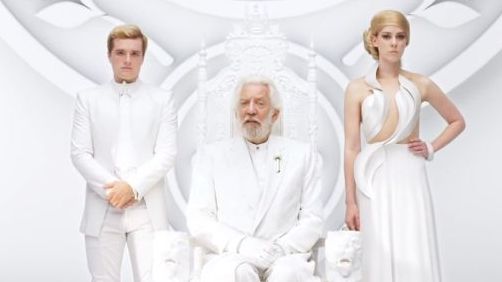 Mockingjay, Part 1 will be coming to theaters on November 21, which is about 19 weeks away… not that I’m counting or anything.