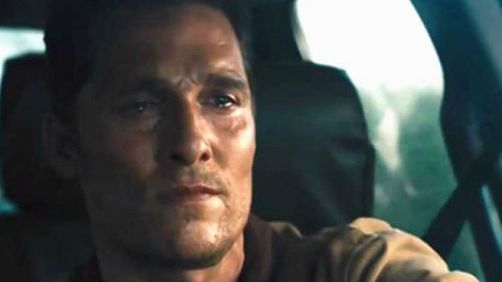 Well, today is trailer day for MovieByte apparently. All the stuff I keep coming across today that I feel like is interesting and worth posting are trailers. And here we have Paramount and Christopher Nolan opening up the kimono just a little bit. At Comic-Con San Diego this past weekend, Nolan made a surprise visit to Hall H at the well know convention. Despite having made the The Dark Knight trilogy — which might even be rightly accredited with supercharging the current super hero cinema — Nolan has never come to Comic-Con before. That has now changed. He showed up with the trailer you will see below.

There are still many mysteries about this film, but man it looks intriguing. There’s definitely a bit of Kubrick influence here I think, though not so much that I’m not interested (I’m one of the few people who do not like 2001: A Space Odyssey). The film stars Matthew McConaughey​, Anne Hathaway, Jessica Chastain, and Michael Caine. And we’ll get to see what this film is really all about on November 6.