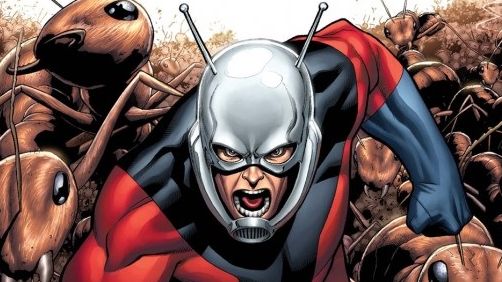 “It was pretty bumpy for sure and I was really sad about it,” Rudd said of the “Ant-Man” imbroglio, noting that Wright is his friend and he still talks to him almost every day. “That being said, I love where we’re at now and [the movie has] opened up and grown in a new exciting way.

“While it wasn’t terra ferma there for a while, my enthusiasm and passion is certainly there for where we’re at now and what Peyton’s going to do. I’m excited about this new direction,” Rudd added. “So many new aspects have come on to it, but It’s still Edgar and Joe [Cornish’s] story,” Rudd said. “But we’ve added a lot of different things to it.”

Man, I don’t know. I want to believe him, but it kind of sounds like he’s contractually obligated to stay with the film and trying to make the best of it. We’ll see and I hope to judge the film on its own merits, but it’s hard not to see this as a complete trainwreck that Marvel should probably just let go at this point.