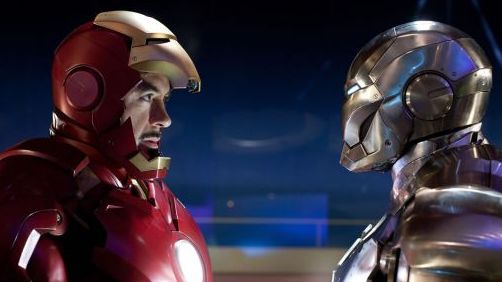 For the past year or more, we’ve been operating under the assumption that Robert Downey Jr. will be hanging up the mantle of Iron Man sooner rather than later, and that future Iron Man and Avenger films might star new characters jumping into the Iron Man suit, or that Disney and Marvel Studiosmight recast the role altogether. But a recent interview with RDJ gives us unexpected hope that he’s still game to play Tony Stark!

Of course, salary negotiations have long been the elephant in the room. Downey Jr.’s vague assessment of the situation (chatting with Entertainment Weekly on the Avengers: Age of Ultron set) only further supports that:

“It’s down to Kevin [Feige, Marvel Studios president] and Ike [Perlmutter, CEO of Marvel Entertainment] and Disney to come to us with what the proposal is, and that’s on us to agree or disagree,” Downey said. “When things are going great, there’s a lot of agreement.”

I really hope they come to an agreement and make a few more. I really like Downey’s Iron Man and I want more of it.