What is Bayhem? Must Watch Video Essay 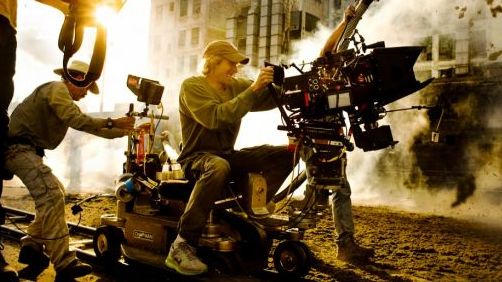 So what exactly is Bayhem? It’s a question worth asking. The reasons for Bay’s success may be beyond you if you do not take the time to analyze what Bay is doing in his filmmaking. There is no doubt that when it comes to technique, Bay is (usually) in a master class with very, very few others. There are certainly directors that try to replicate “Bayhem”, but they almost always fail miserably (John M. Chu in G.I. Joe: Retaliation comes to mind). Whatever your perspective on Bay or his copycats, it’s worth noting the things he does that work.

There is no question that Michael Bay has many talents. In my opinion, it’s too bad he sacrifices good story telling on the alter of his filmmaking technique. As observed in this little essay, Bay throws every trick in the book at every single scene in his film — thus the term “Bayhem”. When every scene is as important and visually stunning or technique filled as the last, then there are no peaks and valleys that are natural to story telling. The film essentially becomes on giant assault on the senses with little real effect.

I highly recommend this video by Tony Zhou.