Everyone Involved With ‘Galaxy Quest’ Wants a Sequel 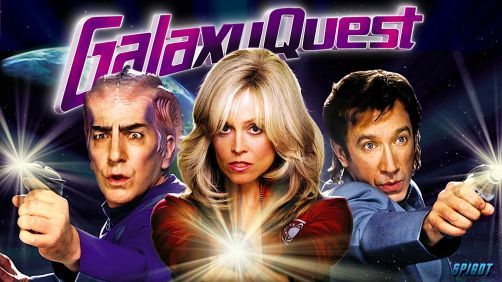 1999 was an amazing year of movies. One of the best ever. Being John Malkovich, The Matrix, Fight Club, Magnolia, Eyes Wide Shut, American Beauty, the list goes on and on. A film that also belongs on that list, but is rarely mentioned in the same space, is Galaxy Quest. The smart, hilarious send-up of geek culture with a sci-fi twist was a modest hit, grossing $91 million worldwide, but continues to be popular because it struck a cultural chord and was so ahead of its time.

The idea of a Galaxy Quest sequel has been batted around for years. In a recent oral history of the film done by MTV, several members of the cast jumped on board. Tim Allen, Sigourney Weaver, Sam Rockwell, Justin Long – along with director Dean Parisot, producer Mark Johnson and writer Robert Gordon all talked about it. They would do aGalaxy Quest sequel in a heartbeat.

Why hasn’t this happened yet and who do I need to bribe to make it a thing?!?