Interview With ‘Guardians Of The Galaxy’ Director James Gunn 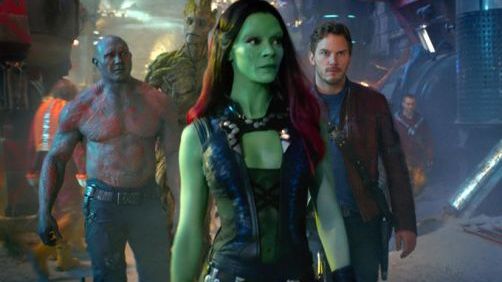 How much say did you have in this movie versus how much was dictated from Marvel?
Every single line in the movie is mine. We talked early on about having Thanos in the movie, which, believe me I was excited to have Thanos in the movie because a) I love Thanos and b) I want people who have seen “The Avengers” to go see this because we’re connected to it. There was no fight from me having Thanos in the movie. But for me, I wrote a group of characters with the plot points I wanted to write and the stuff that’s connected to the rest of the Marvel universe was very exciting for me to be a part of. To just sit down and create what the Infinity Gems are, I got to sit down and add to the overall Marvel universe and build up the Marvel universe, because I got to create that. And that was very exciting to me.

How closely did you work with Joss Whedon on the script?
Joss read the script a couple of times and gave me some notes. The biggest note was—he read the first draft and said, “There needs to be more James Gunn in this script.” And I looked around at the other guys and they were like, “Yeah yeah yeah.” Then I made it more me. And that’s what the movie is today. That’s Joss’ biggest contribution—making it more of a James Gunn movie.