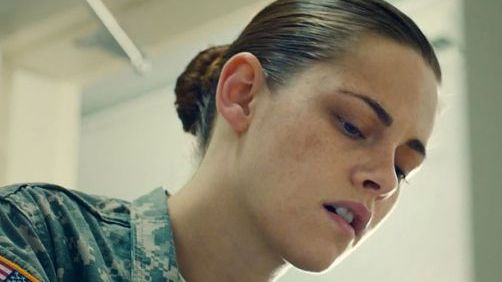 I hesitated to post this for multiple reasons. MovieByte is obviously not your run of the mill, “post every movie news item that comes along” sort of place. It’s very carefully curated with things that I like and am interested in. Which is why I have decided to post this trailer. I’m interested in it and I want to see it.

I already here you dissenting because the film has Kristen Stewart in it. I hear (read in a whiny, sing song mocking voice), “she’s a terrible actor”, or “she’s so laconic”, or “she’s a disgrace”, and “she cheated on Robert Pattinson​ with that no-good director and I’m boycotting her!”

Alright, so that last one may be legitimate. But the others are not excuses to not see or pay attention to a film that looks like it has promise. And I do find that the angst against her is a bit over hyped. She’s nothing special in the acting department, but I don’t hate her. I thought she actually played the role of Bella quite well (such as it was).

All that said, I think this film could suit her well and I think it could have some great nuance and bring a little story and emotion to the Guantanamo situation.