‘Mortdecai’ Trailer — Johnny Depp as a Suave and Sophisticated Idiot 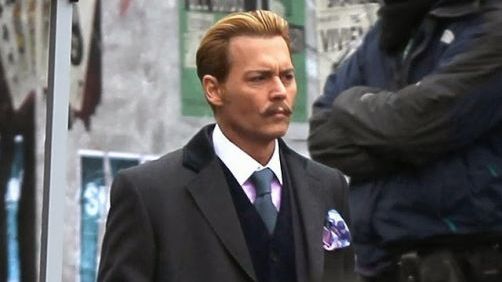 We all know that the insane idiot is a role Johnny Depp is well suited for. But what about the suave and sophisticated idiot. Well if this trailer is any indication, he’s again, the right fit for the role. I will caution that though the role seems to suite him well, you may not quite want to take your kiddos to see this one as you would, say, a Pirates of the Caribbean film (though, truthfully, I don’t let my kids see those just yet). This one looks to be a bit darker and more on the crass side of the humor spectrum. It almost seems a bit like a cross between Johnny English slapstick almost too much in a painful way sort of humor, and the milder humor of the recent Get Smart (which, by the way, I quite liked).

The film will hit theaters February 6, 2015, which hasn’t traditionally been a time when great films are released, but who knows. Could be good.