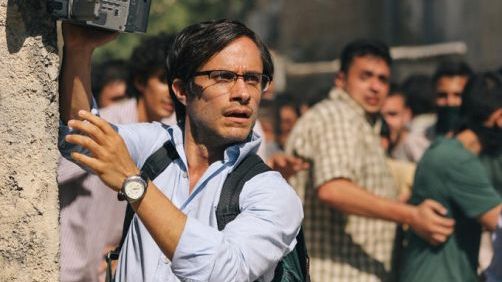 I don’t always agree with Jon’s politics — at least those politics I have been able to divine amidst the humor. Though I will say that on many occasions he seems to be spot on. That’s why this film interests me. It looks like it could be an over-wrought bit of business and overly sentimental perhaps. But then again maybe not. And I’m interested just because it’s Jon Stewart making a film and it’s something far different from what he’s known for. It’s based on a true story of Iranian/Canadian journalist Maziar Bahari, who was arrested following the 2009 election protests in Iran and spent 118 days in jail. While detained, he was harshly interrogated and forced to confess to a number of crimes. It’s a fascinating choice for a directorial debut and one I’ll be interested to see.

The film opens on November 7th.