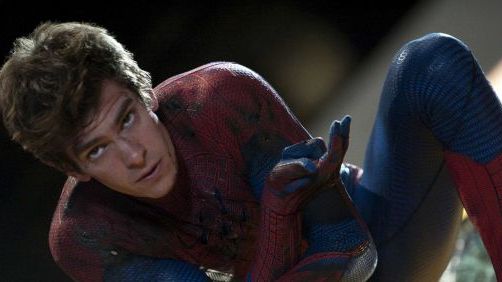 “The Amazing Spider-Man 2” —the second entry into the Andrew Garfield-starring reboot of the early 2000s franchise— didn’t swing to great heights this summer. Reviews were generally lukewarm and box office returns were far lower than what Sony brass had hoped for. The film opened with $91.6M and managed to cobble together close to $203M domestic (of a $708M global total), which might not seem so bad until you put it in perspective. Of recent superhero films, “The Amazing Spider-Man 2” clocks in at 25th lifetime domestic gross —and that includes the 1989Michael Keaton “Batman” at 17th. That $203M cumulative domestic haul also places the film dead last of the five Spider-Man flicks to hit theatres since Tobey Maguire first put on the spandex in 2002.

“I read the script that Alex [Kurtzman] and Bob [Orci] wrote, and I genuinely loved it. There was this thread running through it,” Garfield told The Daily Beast. ”[But] once you start removing things and say, ‘no, that doesn’t work,’ then the thread is broken, and it’s hard to go with the flow of the story. Certain people at the studio had problems with certain parts of it, and ultimately the studio [has] the final say in those movies because they’re the tentpoles, so you have to answer to those people.”

Oh goodness. He thinks the film is bad because they cut stuff out of it? There was original MORE in that bloated incoherent mess? No, no, NO! The film was bad because the script was bad and no amount of monkeying with it could fix it.