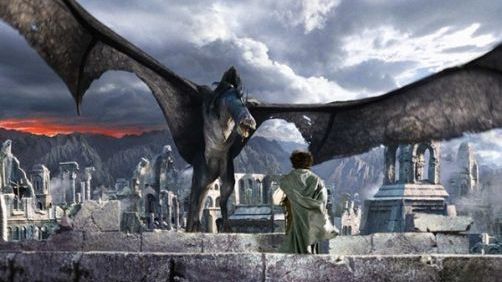 Eye of the Tiber

Hollywood, CA–At a press conference today outside his estate in Beverly Hills, acclaimed director Peter Jackson announced his plans to make a 72-film adaptation of J. R. R. Tolkien’s The Silmarillion. “It was the next logical step after doing Lord of the Rings and The Hobbit,” Jackson said. “In Lord of the Rings, we took over a thousand pages of novel and adapted it to the big screen in three extremely long films. Then in The Hobbit, we took a children’s book a fraction the length of Lord of the Rings, and also made it into three extremely long films.”

Jackson then unfolded his plan for Tolkien’s The Silmarillion, which begins with a mythological account of the creation of Middle Earth and culminates in the great battles of the Elves during the First Age. “The first film in the series is set to come out in Summer 2016. Then, every two years from 2018 to 2160, the following installment will be released.”

I’m not sure, though, that Jackson can get it done in 72 films.