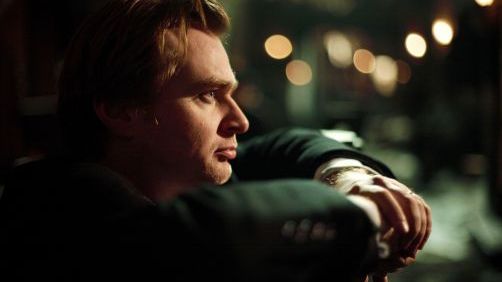 “I’ve always loved films that approach sound in an impressionistic way and that is an unusual approach for a mainstream blockbuster, but I feel it’s the right approach for this experiential film,” Christopher Nolan said, speaking for the first time in detail about the use of sound in his new film Interstellar.

Describing his approach to the movie’s sound mix as “adventurous and creative,” Nolan told The Hollywood Reporter in an interview Friday, “Many of the filmmakers I’ve admired over the years have used sound in bold and adventurous ways. I don’t agree with the idea that you can only achieve clarity through dialogue. Clarity of story, clarity of emotions — I  try to achieve that in a very layered way using all the different things at my disposal — picture and sound.”

Sorry, Nolan, I’m not buying this load of hockey your selling.

Nolan — who said he is a fierce believer that “sound is as important as picture” — said that he likes to hear how his movies sound in actual theaters. “Usually [I visit] six or seven. I like to hear it out where people are going to see it, not just in the cocoon of the dub stage. That is something I have done for years, because everything we are doing is intended to communicate something to the audience.”

Actually, believe it or not Mr. Nolan, there is a reason why it’s an unconventional thing to do for a Hollywood movie. Let me spell it out for you: if we are having a hard time hearing what’s going on in the film, it’s very unpleasant. There were times during the film too numerous for me to count where I was turning my head, leaning in, doing things unconsciously to try to hear dialog in the film better. I realize this may be the way things are in the real world sometimes, but this is not a good approach for films. It’s unpleasant, irritating, and amateurish feeling.

Unfortunately this bit of trumped up information has confirmed my suspicions in my review that the mix was quite intentional and has also lead me to conclude that Mr. Nolan is quite too full of himself.

The director called the scene in which characters are driving through a massive dust storm “really fun,” elaborating, “I love sound cuts that play with point of view (in this case, the sound of the dust hitting the car, as heard from both outside and inside the truck). When the camera cuts outside the car, the sound cuts with it. You have that feeling of the elements barraging you — and you’re out there in it.”

Obviously, that’s fine and very conventional, actually. I’m a big fan of that too. I’m just not a big fan of making the film unpleasant with the sound mix — making it hard to understand things and hard to hear things.